IDDS is an ongoing joint project within IRIS-HEP and US ATLAS in the DOMA and Analysis Systems area as well as within the HEP Software Foundation event delivery group.

The iDDS component architecture is shown below (figure is reproduced from a 2021 paper on iDDS submitted to vCHEP2021): 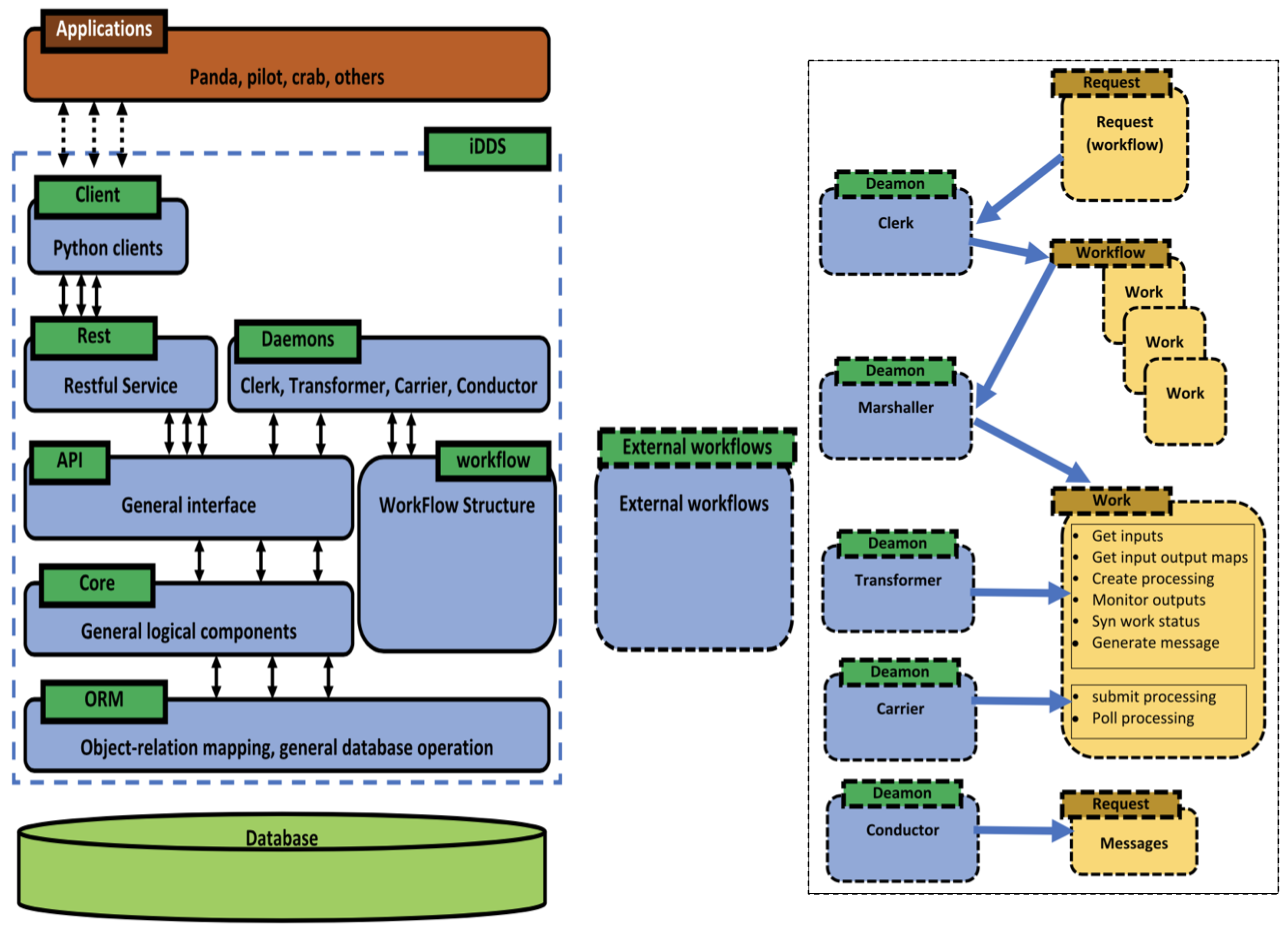